With a government initiative that aims to make the transition to renewable energy a reality for all consumers, we are seeing solar energy use take off in different places around the city. At The Australian National University, Dr Declan Gaffney and Associate Professor Robert Bradfield have been conducting an interesting study of how residents of solar power canberra are using in the city. It’s interesting to note that not only is solar power usage increasing but also the installation of solar energy is up, with more than half of all new houses and units having solar power as a built-in feature. This goes to show just how convenient and cost-effective this alternative is for both businesses and consumers. 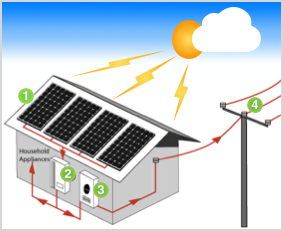 Gaffney and Bradfield have examined the effect that having solar panels on the roof of a house has on a number of different aspects. One of these is the reduction in monthly bills. It was found that when the panels were installed, electricity bills fell by 20 per cent. Although this might seem like quite a small reduction, when you consider how much money you could save throughout the year, it’s certainly a worthwhile investment. As well as bill payments, other expenses such as air conditioning and heating costs can also be reduced with solar power as the system draws far less power than any other type of alternative energy system.